Join the RCCSE as we host Rotarian Rev. Alfred SamForay as our Special Guest Speaker 3/16/2017 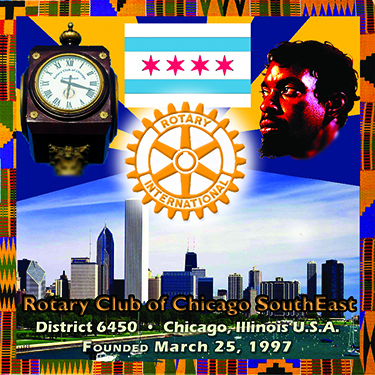 He will presenting on his innovative work back home in Sierra Leone through his organization,
Villages Youth and Family Services
(https://www.villagefamilyservices.org/)
Take a look at this brief video (below) to see a glimpse of the work that's being done and come and hear how you can be a part of the future of a country!
Villages Youth & Family Services from Dustin McKibben on Vimeo.

EVENT IS FREE
(But space and *food* is limited)
To attend, REGISTER NOW,
by clicking the image below: 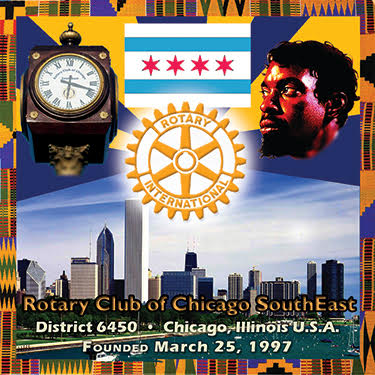 Posted by Chatham/Avalon Park Community Council at 2:34 PM No comments:

Posted by Chatham/Avalon Park Community Council at 2:25 PM No comments:


Grand Crossing Park Neighborhood Network
"...What YOU can do for YOUR Neighborhood"
Dearest Neighbor and Stakeholder,In 2017, as grassroots neighbors, the challenge to manage and respond to conditions leading to neighborhood violence is a very high priority. Across the city, in deed the country, this is a major concern. The need for neighborhood contribution to solutions count absolutely in the greater scheme of things, now more than ever!This month we come together once again to continue the process of seeking, formulating and sustaining quality of life in our neighborhoods. In regards to the community leadership that we must help proliferate, we step forward calling in new advocates from off of social media - Facebook, Nextdoor and others. To anchor and formulate our efforts in time for the coming summer is an important point for us to complete here and now.
As always we need YOUR presence and support. YOU are vital, YOU make the difference being present, giving in-put where you can and listening to what is developing. This makes a BIG DIFFERENCE even though you may not think so. It's capacity building on a focus that does not happen otherwise. You are needed to help establish a very important rhythm that is the voice of the conscience of our neighborhoods. A turnaround of Chicago's violence is in OUR HANDS and no one else's. Just make sure YOU are there with us to HELP the turnaround become reality.
Date: Tuesday March 14th, 2017

Please make your phone tree calls at this time!

Our agenda this month;

Chance's Gift Could Bring Recording Studio To Hirsch, Principal Says
Chance the Rapper is giving $10,000 donations to nine Chicago schools. In other news: Chance urged wealthy Chicagoans to join him in helping the city's schools. Also in the news today: MAP: How armed is your neighborhood? More than 200,000 people now are licensed to own a gun in Chicago. Also in the news today: A sleek condo in Hugh Hefner's former Gold Coast home just hit the market. Also in the news today: It's mating season for skunks, which continue to creep closer to Downtown and more neighborhoods.
Posted by Chatham/Avalon Park Community Council at 2:18 PM No comments:

Neighborhood Network
"...What YOU can do for YOUR Neighborhood"
Dearest Neighbor and Stakeholder,
Another true community pillar has passed. Gladys Gill, the internal backbone of True Light Church at 73rd & Maryland, has succumbed after a long battle with cancer.

She was an old fashioned pillar, reserved, but strongly dedicated to church and the surrounding community. She had strong community knowledge & connections and flexed herself, her schedule to accommodate NEIGHBORS. I know because she helped foster our block club and neighborhood organization into existence. Graceful and patient under fire and wise far beyond her humble appearance, she now joins the pantheon of the greats of community / church service volunteers in our humble African American history, having set one of the best examples for others who aspire to continue the tradition. Her worth to the community in one word - Priceless!

Time to close ranks with a purpose

Neighborhood Network
"...What YOU can do for YOUR Neighborhood"
Dearest Neighbor and Stakeholder,
At last night's network meeting a disturbing fact became known to the group, which requires a special response from the totality of our combined forces and influence. Tazama Sun, one of our loyal associates, has become a physical victim and target of a horde of unruly youth. Some of these youth are his neighbors, whom have been out of control for some time now. Some of you may remember we became aware of them two summers ago when we held National Night out at Tazama’s house.
The "authorities" have done little because somehow this situation keeps falling through the cracks, administratively. Tazama has been to the Alderman’s office, CAPS meetings and has called the police on several occasions and nothing substantial has resulted. Now, last week, as he tried to stop a group from throwing rocks in front of his home, hitting parked cars and causing damage, an unk kid struck him in the head with a rock. There was a group and he could not say for sure which one was the attacker. This must now come to a halt!
There is almost zero support from the neighbors who are older and afraid. The household involved contains a young mother (35ish) who is not home (working) much of the day. There are older children close to18 or so with other younger 10-13 who are home during school hours and out late past curfew. The mother has no real control and doesn’t care to. Tazama has had people look into DCFS, Madison school, Chicago Police and Chicago Housing Authority options, all to no avail. This is unacceptable and the log jam of inaction must stop now before tragedy results.
The basis of our network is mutual support and action. Now we must come to the fore to support out ally, Tazama, who is stricken with gout and barley able to defend himself. I want everyone to ponder how it is we can bring a solid solution to fruition. We’re looking to use our numbers to force any action necessary. A flood of calls or letters to the above mentioned authorities, at city county state levels or whatever it takes - some larger action must happen now.
Let us begin.
Yours in community fellowship

Posted by Chatham/Avalon Park Community Council at 1:57 PM No comments: